“And then something magic happens…” – the missing step to Sustainability

“And then something magic happens…” – the missing step to Sustainability

17th May 2021 Uncategorised No Comments 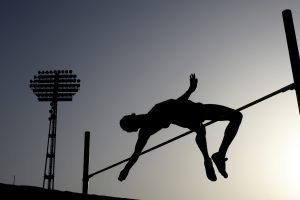 Suddenly ‘net zero’ carbon targets are all the rage, whether at a national level or an organisational one. Which is brilliant.

When you scratch the surface of the strategies trying to bring those targets about, it can often be a dispiriting experience. The standard approach is to hope that lots of incremental improvements will add up to a massive step change. But, spoiler alert, they won’t. You won’t magically leap from a ‘switch it off’ campaign to zero carbon.

The problem is, there’s only so much incremental improvement you can squeeze out of any system before you hit diminishing returns. Take the motor car – we have made substantial increases in fuel efficiency over the decades, but at some point we hit the fundamental limit that it takes a certain amount of fossil fuel to move a shape that people can fit into through the air at a reasonable speed. So we have to change the system to electric or hydrogen vehicles, both of which require a massive new charging/fuelling infrastructure and supply chains. Not having off-street parking pretty much precludes me from owning an EV for example – one of my neighbours runs a cable under a cover to his, but that blocks the pavement for wheelchair or pushchair users. I suspect the Covid-enforced shift to home working will do more in the short term to cut transport carbon, and that was an even more systematic shift in lifestyles.

So how do you work all this out? I’m a massive fan of backcasting – working backwards from an idealised future where targets have been met to the present day. This simple switch in perspectives forces decision makers to drop the wishful thinking, confront the systematic change required to hit those targets and work out what they need to start doing right now to make that change happen. That’s the only magic I need to help my clients develop Sustainability Strategies that deliver results.