Business Ethics: it’s all about culture

Business Ethics: it’s all about culture 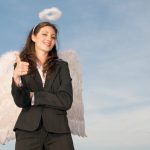 While I’ve been updating the final Green Academy session of 2020, on Business Ethics, the UK’s ‘chumocracy’ debate has been unfolding in the background. I would call it a scandal but not many people seem to be scandalised yet, despite MP’s spouses being appointed to key Covid-related roles for which they appear to be poorly qualified and a fast track for PPE procurement accessible only to those who travel in the right circles. Across the pond, Donald Trump is not only loosing his own job, but that of his clan who were all miraculously the best person for the job in each case.

I’ve lived on both sides of the political/government coin – a civil servant for more than 4 years (on and off over 7 years) and as a Councillor for 15 years. In my former life as a procurement official, we were constantly told that we not only had to do the right thing, but be seen to do the right thing – ie would a reasonable person think a decision was dodgy, even if it made sense to you. As a Councillor, like MPs, we update our register of interests every year and make a monthly declaration of offers of hospitality etc (you might be surprised to know I only receive an offer I have to declare once in a blue moon).

That’s not to say there aren’t grey areas and our code of conduct makes room for that. Otherwise I wouldn’t be able to use my Sustainability expertise in a Council debate on the climate emergency, a doctor wouldn’t be able to bring a professional health perspective, a teacher their experience in the classroom etc. In order to avoid the court of public opinion, we need to be a strict self-arbiter on these issues, constantly judging what is appropriate and what isn’t.

So how do you get to issues like the PPE should-be scandal? In my view, culture. It’s amazing what we will let ourselves do if we see others doing it first. To take an example, there’s a green in my ward popular with local people, but close to routes into the City Centre. For years, nobody ever thought to use it as a carpark. Then one day, a single car turned up on the grass. Next day there were two cars there. By the end of the following week, there was a row of them. So, because of that first person’s precedent, and others’ assumption that one car parking there meant it was somehow OK to do so, we had to spend taxpayers’ money fencing off the whole green.

Probably the worst periods in my political career was door-knocking in the aftermath of the 2009 MPs’ expenses scandal. People were furious and, while they said “I know it’s not your fault, son”, they still gave us both barrels. That grew from a culture of over claiming. Each individual knew it was wrong, but everybody knew “everybody else did it”, so they did it themselves. The PPE debacle seems to have grown from a culture of macho disdain for civil service ‘red tape’, not understanding that red tape is there to stop us doing wrong stuff first and foremost, like bunging taxpayers’ money to under-qualified mates.

It’s all about culture.