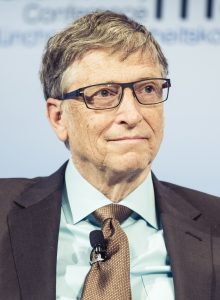 I’m writing this blog at 3pm on a Monday, the very time when, for the last two months, I have had to make the awkward pivot from teacher of a class of 3 to professional consultant – switching from chaotic blundering around to (supposedly) slick customer service. Of course, I’m not a teacher, I don’t pretend to be one, and the last thing I could imagine doing is lecturing a trained teacher on why what they are doing is wrong, based my limited experience of two lockdowns. Instead, I now have a heightened respect for the profession and can’t wait for them to take over the reins again next week.

No such luck in Sustainability. Every Tom, Dick and Harriet has a view, and seems determined to express it. And what really hacks me off is their presumption that someone, say, with a PhD in climatology and many years’ experience observing phenomena, analysing the data, testing the robustness of results, getting peer-reviewed, knows less than they do, even if their scientific background was in breeding pheasants or, ahem, philosophy and literature. And of course, those people twist the science to suit their ideology, whether the lukewarmers of the right or the doomsters of the left.

So, where does Bill Gates sit in all this with his new book? When you get someone as high profile as Gates weighing in, it inevitably raises the issue up the news agenda more than they guys doing the actual grunt work ever will (and triggering the tinfoil hat brigade even further). So that’s a good thing. However leading climate scientist Michael  E Mann told the Observer:

I disagree with him quite sharply on the prescription. His view is overly technocratic and premised on an underestimate of the role that renewable energy can play in decarbonising our civilisation. If you understate that potential, you are forced to make other risky choices, such as geoengineering and carbon capture and sequestration. Investment in those unproven options would crowd out investment in better solutions.

Mann goes on to point out that the Arctic methane bomb theory upon which many high profile doomsayers predicate their musings is not accepted in scientific circles. Interesting that having spent so many decades fighting off nonsense from right-wing denialisms, he’s now having to take on the left.

And this is the problem. ‘Celebrity climate activists’, however well-meaning, can skew the political debate away from the pathway to success plotted out by more qualified but less lauded scientists and engineers. I’d prefer to see those with a platform use it to support the people who know what they are talking about rather than their own worldview.

Maybe as the coronavirus crisis attracts many of the highly self-aggrandising bandwagon-jumpers away from the climate debate, the real experts can get on with the job. And next Monday, I’ll be getting back to what I know best. Hallelujah.