First they ridicule you…

First they ridicule you… 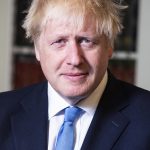 Five years ago, some earnest academics published a study linking the war in Syria with climate change. Much of the media and the twittersphere fell about laughing, parodying the study by blaming climate change for their football team losing or tripping over their shoelaces.

But fast forward to today and I woke up to hear on the wireless that UK PM Boris Johnson will tell the United Nations Security Council:

“The [Security Council] is tasked with confronting the gravest threats to global peace and security, and that’s exactly what climate change represents. From the communities uprooted by extreme weather and hunger, to warlords capitalising on the scramble for resources – a warming planet is driving insecurity.”

This is, of course, the Boris Johnson who just 8 years ago was musing “if I can see snow outside my window, does climate change exist?” and quoting from that crankiest of cranks, Piers Corbyn.

The link between climate change and conflict has long been understood by the military, with both UK and US politicians being briefed long before the Syria study that climate change posed an immediate security risk. It always seems to take a remarkably long time for evidence from academics and public servants (even soldiers!) to fully penetrate the upper levels of political thought.

I recall arguing at the time that the Middle East conflict wasn’t a good line of argument for climate action, as it would appear tenuous to the public, even if the evidence was solid (I can’t find any trace of my musings now, so maybe it was just to Mrs K at the breakfast table). I still believe that we need to choose our battles carefully. The general public only has a certain attention span for such things, so we need to pick the arguments that get through that aperture, and then repeat them until we’re fed up hearing it ourselves. Take it from a politician, a scattergun approach does not work – it just comes across as a constant, irritating background hum – and being right all the time is no guarantee of success.

But it does give a slight feeling of smug satisfaction that, after 30+ years of arguing the case for climate action, that the penny is finally dropping.