Is working from home good or evil?

Is working from home good or evil? 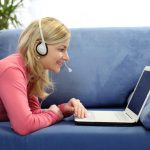 Every morning I climb the short steep hill outside our house to Sid’s Corner Shop for a paper and some groceries. Sid’s is a survivor – at the crossroads where it stands, the three other original corner shops have long since been converted to residential properties. A bit further over, two blocks of shop facades have been bricked up and converted into (largely) student flats. Older neighbours can still list the shops that were here – a chip shop, a butcher’s, a funeral director’s and so on. All gone, with the last survivor across the road, a hairdresser, unceremoniously booted out by the landlord this year for yet more student accommodation. What was a little centre of commerce is now completely residential – houses and flats which are largely empty during ‘office hours’.

I have worked from my house for the last 14 years, and before that, I worked one or two days from here. This means I tend to shop locally, at Sid’s or one of the mini-chain supermarkets that have sprung up over the years. I will sometimes decant to a local, independent coffee shop (it’s quite a trek to the nearest chain if I was that way inclined) and occasionally on a Friday lunchtime, I’ll treat myself to a burger and a pint at a local pub. I really don’t go that far, so the Covid-19 lockdown wasn’t the shock to the system that it was to 9-5 commuters.

Which brings us to the big question. Office workers seem very reluctant to go back to their air-conditioned open plan cubicles – whether due to fear of infection, ongoing childcare commitments, or the idea of the seven-second commute in your ‘athlesiure’ gear is just too seductive – or maybe a combination of all three. As office worker chains like Pret A Manger announce large redundancies, the Government is desperately trying to get white collar workers out of their t-shirts and back into those white collars. The fear, as the CBI said, is that our city centres will become ghost towns.

My view is that the hollowing out of our cities started a long time ago. Huge retail chains squeezed out the independents, but their ‘stack ’em high, sell ’em cheap’ soulless warehouses made them susceptible to the insurgent internet. I spent a lot of my teenage years flicking through 12″ albums in independent/small chain record shops. HMV or Virgin Music, with their endless and humungous 3 for £20 CD offers, never had the same element of discovery, so why shouldn’t I just download my music off the web from home? My eldest shows no interest at all in ‘going into town’ the way I did almost every weekend when I was his age. What for?

I believe the Covid-19 crisis will merely accelerate this process. What the city centres will lose in footfall, the suburbs will gain. Local shops, cafes, gyms and other services will develop to fill the needs of homeworkers. Journeys will reduce and shift from cars to bike and foot, improving air quality, cutting carbon emissions and reducing stress. Crime will fall as people are around all day and keep an eye on what’s going on. Our city centres will become more suburban and commerce will spread out across the urban sprawl, bringing employment closer to where people live.

Unfortunately the acceleration will mean more economic and personal pain than the underlying gradual evolution. The shift will not suit some people: those for whom office life was their sole social interaction or an escape from coercive and/or violent relationships (one of my clients told me that his business is looking at the ‘office’ as a largely social/team building location rather than one for heads-down work). Blue collar workers and those whose work needs to be geographically concentrated (eg hospitals need surgeons, nursers, porters, cleaners and administrators) will still have to commute.

Overall, I believe the benefits of ‘our new normal’ outweigh the downsides, not least in reducing our combined carbon footprint. And, despite the Governments pleas (and occasional oblique threats), now that so many have experienced the upsides of flexible working, I also expect former commuters to vote with their feet. Maybe I’ll even see some of those old shops on my road open again…