Let’s not be hypocritical on forests

Let’s not be hypocritical on forests 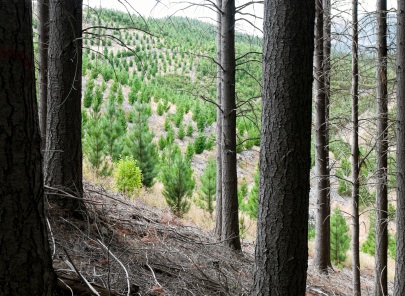 The Amazon burning story has been horrific ecologically, but fascinating politically. I’m a politics geek, but I can’t recall the threat of trade sanctions ever being used to force a nation’s hand to address an environmental issue. It pushed the walking ecological disaster that is Brazilian President Jair Bolsonaro to suddenly decide that action was required to fight the fires after all, although he launched a highly personal, Trumpesque tirade at Emmanuel Macron to save a little face afterwards.

The one caveat I have against this otherwise very welcome use of soft power to tackle climate change is the whiff of hypocrisy. I recall the leader of a tropical country once responding to international pressure on deforestation by proposing that every country commit to keeping 20% of their land area as forest (I’m afraid my Googling has failed to find the source). Of course this was an (effective) deflection, but it was based on an element of truth – the last time the British Isles was 20% forest was 1000AD – our Bronze Age ancestors having been particularly hard on our ancient woodland.

As a result, encouraging others to follow a different development path than our high carbon/habitat-destroying industrialisation must be handled delicately. We cannot point the finger at others when we have done the same in the past. It has been pointed out that the $20m the G7 offered Brazil to help fight the fires was less than the cost of hosting the G7 summit.

As well as existing structures, such as the Sustainable Development Mechanism (SDM) in the Paris Agreement, I would like to see the aid budgets of Western countries focus on clean development paths in developing countries. We’ve done plenty of damage already – lets help other nations avoid the same. And it’s never too late to start a reforestation programme of our own.