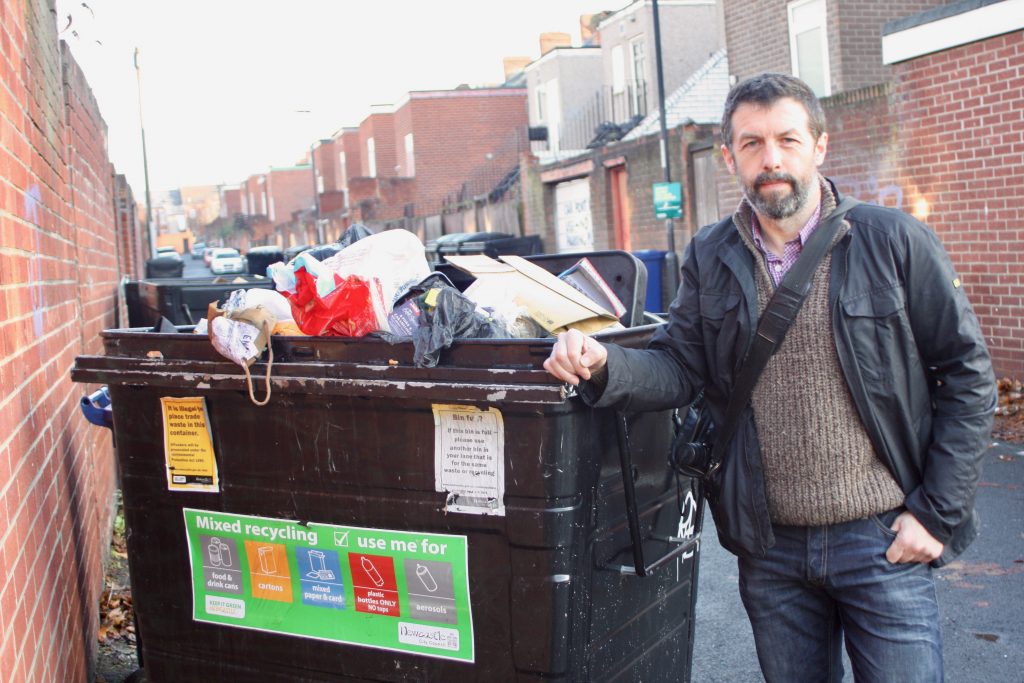 I’m still up to my eyeballs in the local election campaign. One of the issues we are campaigning on is the very poor recycling system in large parts of the ward. My colleagues and I are often gently lampooned for our obsession with posing by overflowing bins (my nickname is ‘Angry Bin Councillor’), and while we take this ribbing with good humour, there is a very serious big-S Sustainability point here: how can we move to a circular economy if ordinary people don’t have a functioning recycling system?

Another issue which is becoming moot as the use of electric vehicles becomes ever more popular is EV charging facilities. 15 years ago when I was part of the Council’s political administration, we thought we were cutting edge by installing a few dozen charging posts across the city (we were at the time!), but this now needs scaling rapidly to meet demand given that, for example, most of the residents in this ward don’t have a private driveway to park/charge in. Some are improvising by buying cable covers to stop people tripping on them as they use the pavement, but these present a barrier to those in pushchairs and wheelchairs. We need a system of kerb-level connectors or similar.

Cycle infrastructure is a similar story – cities with safe cycle routes have more people using bikes for everyday business than those who don’t. Again and again we see cycle lanes on relatively straight, wide roads, but they disappear as soon as the road narrows or a major junction looms. “A chain is only as strong as its weakest link” is my constant refrain.

I’ve said it a zillion times, and no doubt I’ll say it a zillion more: you can’t expect people to act Sustainably unless you provide the means to do so. Blindingly obvious, maybe, but clearly I need to keep ramming the message home!