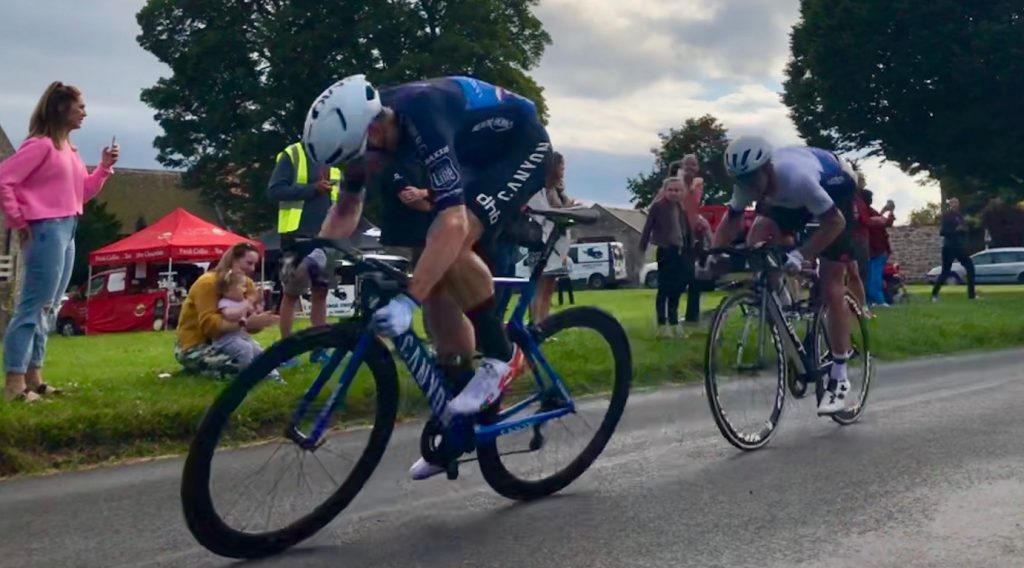 Yesterday afternoon I pulled on my lycra, got on my bike and headed off into Northumberland to watch the end of the Beaumont Trophy – Britain’s oldest bicycle road race. Two things bothered me – first my fancy carbon fibre road bike is out of action at the moment, so I had to take my heavy flat-handle-barred hybrid, and second, I’ve pretty much been on the sofa for three and a half weeks recovering from my hernia operation, so I knew I would be slow (actually I was OK for the first 90 minutes and then died horribly) and would be the odd one out amongst my lycra-clad fellow punters at the race.  I’m sure you can all hear the solo violin playing a plaintive lament as you read.

In some ways, my Middle-Aged Man in Lycra dilemma sums up what is wrong with the perception of cycling in the UK – it is the preserve of macho road warriors taking on the perils of traffic. Go to the Netherlands or Denmark and cycling is simply a way of getting from A to B. The Dutch experience in towns such as Groningen (which was car-dominated up until the 1970s) has shown that there is a tipping point where a supposedly niche activity becomes ‘the new normal’.

So if your sustainability efforts rely on behaviour change, you must have tipping points in mind. I have long argued that cycling infrastructure should not be aimed at cyclists. Rather it should be designed for people who don’t currently cycle, but might do. I think that’s a pretty good principle to follow for any Sustainability issue.