Net Zero Rocks! And here’s why…

Net Zero Rocks! And here’s why… 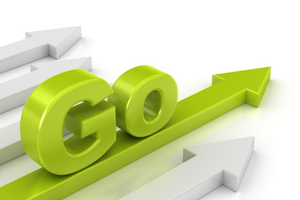 I woke this morning to hear an executive from Aviva Investors (which has a mere £262bn of assets under management) tell the BBC that they’d be trying to defenestrate directors of businesses in their portfolio which didn’t embrace Net Zero. As a Sustainability totem, Net Zero is currently sweeping the world with more than 75% of global emissions being under some form of Net Zero regime.

Tediously, but inevitably, this has lead some purists to paint Net Zero as a form of greenwash where buying offsets will be the norm. When I challenged one guy for evidence of this, all I was provided is a study which says most organisations which have adopted Net Zero have not specified how much of their carbon reduction will be done directly and how much by offsets, which is not remotely the same thing. All my clients are concentrating reductions first and foremost and will only reach for offsets to deal with any shortfall as and when the target looms, so they would fail this study’s test but for all the right reasons.

Earlier this month, I facilitated a meeting of the Corporate Sustainability Mastermind Group on Net Zero and here’s why members think it’s a great idea.

One interesting idea that emerged was organisations committing to only offset Scope 3 emissions, ie those outside their immediate control. This would tighten up the Net Zero concept, while placating internal worriers about the intentions of others.

The main negative of Net Zero was actually that many targets will be beyond the ‘retirement horizon’ of senior executives, so it could lead to drift as hitting the target is someone else’s problem. This requires interim, challenging targets to ensure those executives are held to account (if investors don’t turf them out in the meantime…).

But the bottom line is that the Net Zero-doubters risk making perfection the enemy of success. While all concepts need challenging, trying to fatally undermine one of the few success stories in the world is a recipe for disaster. We need to do what works, not what makes us feel morally superior.