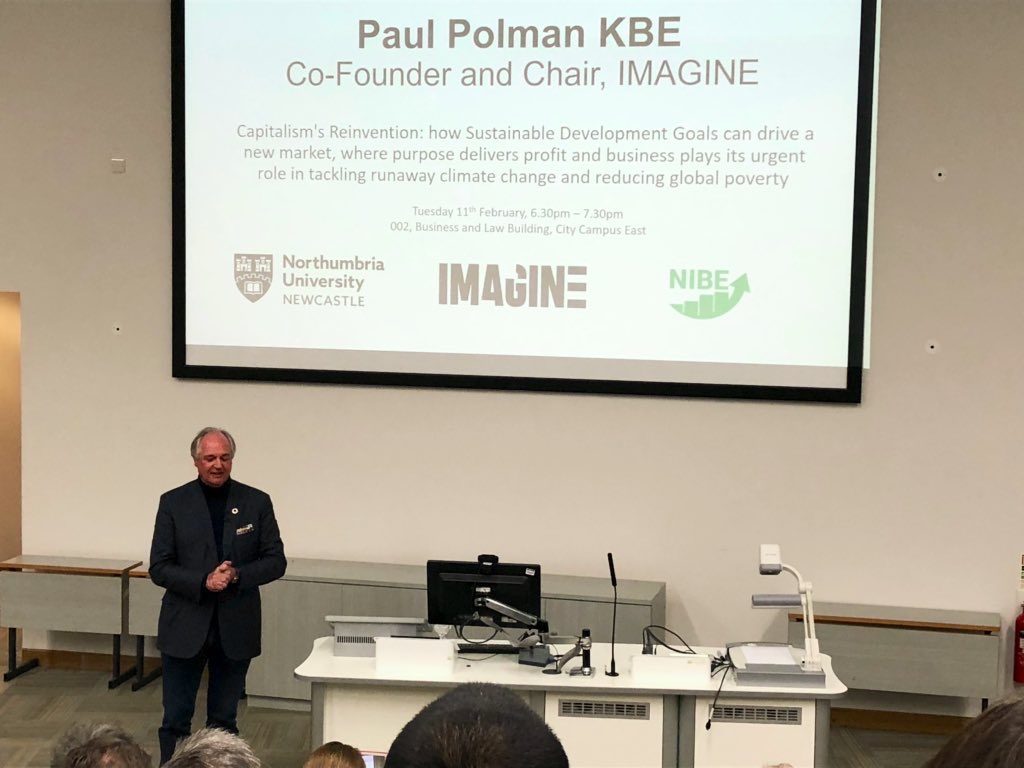 On Tuesday, I was invited to listen to Paul Polman, who earned his Sustainability Leader spurs as Unilever CEO, speak at the Newcastle Business School at Northumbria University. Polman was based in Newcastle during his time at Proctor & Gamble and is a honorary graduate of the University (much easier than doing a proper degree, he joked).

Polman is a great speaker – no notes, plenty of jokes – and he made a number of very strong points. He started with the Dickens quote “It was the best of times, the worst of times” arguing that it was the best time to be alive, but that our high standard of living was unstable and prone to crumble at any time. “Nature is now sending us its bills” was one of many great soundbites.

He set out a four point plan:

That list is probably taken as read by most Sustainability people, but more controversially he proposed putting prices on nature so we can “measure what we treasure” – and approach which has its pros and cons. He wasn’t shy of taking a pop at other business leaders either: “Do you think Jeff Bezos cares about climate change? I’ve bad news for you, he couldn’t give a hoot. But it’s because 8,000 of his employees walked out that he didn’t have a choice but to make a commitment.”

From a business point of view, he said that “business cannot succeed in societies that fail” He explained how he made every Unilever brand take on a social purpose. So Domestos toilet cleaner led a campaign against open defecation. He said that their sales growth grew twice as fast as competitors, showing that social responsibility makes economic sense.

Summing up, he said “we know the answers, what is missing is willpower” Quite.