Pushing at an open door on Sustainability pt 257

Pushing at an open door on Sustainability pt 257 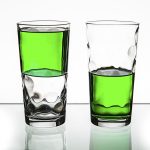 Friday saw the apex of my biggest current project – developing an umbrella regional Sustainability Strategy for 20 largely autonomous organisations belonging to a much larger body. I could only get hold of the CEOs of most of these organisations for an hour, so I had to go for maximum impact to get their buy-in.

Clients and regular readers will know my approach to strategy is based on facilitating a workshop for leaders to set the outline parameters of the strategy and then engaging a level down to fill in the gaps in a second workshop. In short, I get the client to do all the work, not because I’m lazy (I am a bit, but that’s not why), but because true ownership comes from creation – if I have an idea, it’s the greatest ever; if you tell me your idea, I’ll mull on it for a bit then go back to thinking my thoughts. Buy in at the top is the difference between success and failure and workshops are the best method I have found to get it.

So despite the very tight timeframe, I used my standard opener – why should your organisation take Sustainability seriously? Answering this question gets the CEOs to sell Sustainability to themselves and gives me the initial idea of corporate priorities. First answer, as is increasingly common, was “our employees”, and, interestingly, I only got “save money” when I brought in the Sustainability leads who I’d asked to hold back while the CEOs had their say.

But it was the following sections of the workshop which bore most fruit – getting a vision and identifying where a regional strategy could add most value to the individual organisations’ own strategies and plans. You could argue that the success of the first exercise could be inflated by people wanting to be heard to say the right thing, but the outputs of these subsequent exercises showed that the commitment was genuine – and gave me plenty to get my teeth into for the final strategy text.

The last strategy I did was for a completely different organisation in any way you wanted to measure it (purpose, market, culture, size, geography), apart from both are UK-based. And I found exactly the same thing – in fact every time I engage a new client, I am finding the commitment, ambition and understanding of decision makers a pleasant surprise.