Sustainability: it’s not so much what you start doing…

Sustainability: it’s not so much what you start doing… 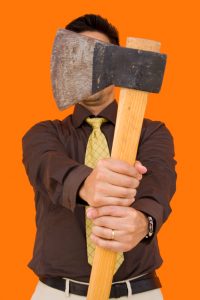 Followers of my Twitter feed will know that I regularly highlight the Sustainability elements of the UK Parliament’s weekly Prime Minister’s Questions (PMQs). I do this as, being a political geek, I’m watching it anyway, but I think it also gives an indication of the direction and speed  the political winds are blowing. OK, many are softball “Does he agree with me that we’re doing brilliantly on climate change?” questions from the PM’s own backbenches, but even that is a sea change from the lukewarmism going on denialism from those same benches just a few years ago. And every so often another MP throws a green hand grenade into the house.

Last week Stephen Farry, the lone MP representing the middle-ground Alliance Party of Northern Ireland, did just that. He asked how the Government squared its continued support for North Sea Oil & Gas with its net zero ambitions. The Deputy Prime Minister, standing in for the PM, was thrown by that and could only read out his list of the good things the Government was doing. Hopefully the point was made.

Farry hit the nail squarely on the head. Renewable energy in itself does not prevent climate change. Only stopping burning fossil fuels will stop climate change. If you allow the exploitation of fossil fuel reserves, they will be used one way or another – they need choking off at source. By trying to ride two horses at once, the Government will end up taking a fall.

This goes for any Sustainability issue – creation of the new must be twinned with destruction of the old. All too often, we hope that doing the good stuff will crowd out the bad, but that takes time. If you want rapid change, then creative destruction of the old will accelerate the new. Whether at a global level, a national level or an organisational level, the litmus test of commitment to Sustainability is not what you start doing but what you stop doing.

For more on such thinking, check out our 12 Winning Sustainability Mindsets webinar on 6 October 2021.