Sustainability musings from the West Coast of Scotland

Sustainability musings from the West Coast of Scotland 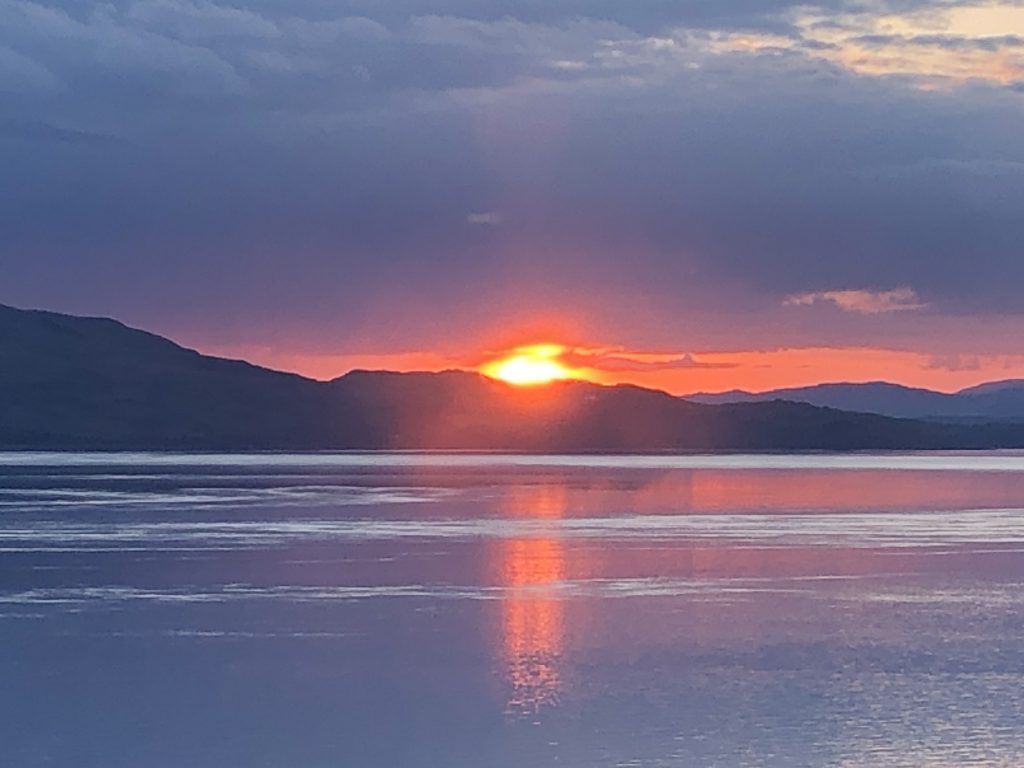 I’m busy wading through a wall of e-mails following a wonderfully relaxing half-term holiday on the Craignish peninsula. Our rented old farmhouse overlooked an overlapping vista of sea lochs and islands – every 10 minutes it looked like a different postcard scene (see above). It was utterly relaxing and I found myseld switching right off from work and other pressures. When I can watch an otter feeding while I’m brushing my teeth, I know I’m in the right place.

Probably the highlight of the week was a wildlife boat trip, featuring sea eagles sat on their nests, manx shearwater skimming the water’s surface, seals playing and the occasional deer and wild goats on the islands. A bit of unexpected culture was thrown in, we passed the site of the whirlpool (inactive at the time we were there) which almost killed George Orwell. While recovering from his wet and cold ordeal, he wrote 1984 on Jura. 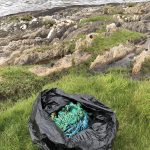 One day I found found a bin bag amongst the rocks and decided I would have a go at leaving the area in a better state than I found it by filling it with plastic litter from the shore. Interestingly, very little of it was domestic waste, rather the majority looked like fishing/sailing gear. This may not be surprising given the number of marinas and fishing boats around, but it does suggest that we need to put as much effort into this as we do targeting single use straws etc.

Speaking of waste, one thing I’ve realised over our 15 years of domestic family holidays is that where recycling used to be the exception, it is now the norm. On Craignish. we were able to recycle almost everything we can recycle in the city at home, even though the bin had to be carried down to the nearest (single-track) paved road by tractor. Also noticeable was the wind farm across the sound and the solar panels being installed on new build properties.

But overall, this break showed me once again that a holiday is in no way synonymous with overseas. Yes, we might have got lucky with the weather, but the sheer beauty of the area and the abundance of wildlife was stunning. A fabulous trip.