17th May 2019 Uncategorised No Comments 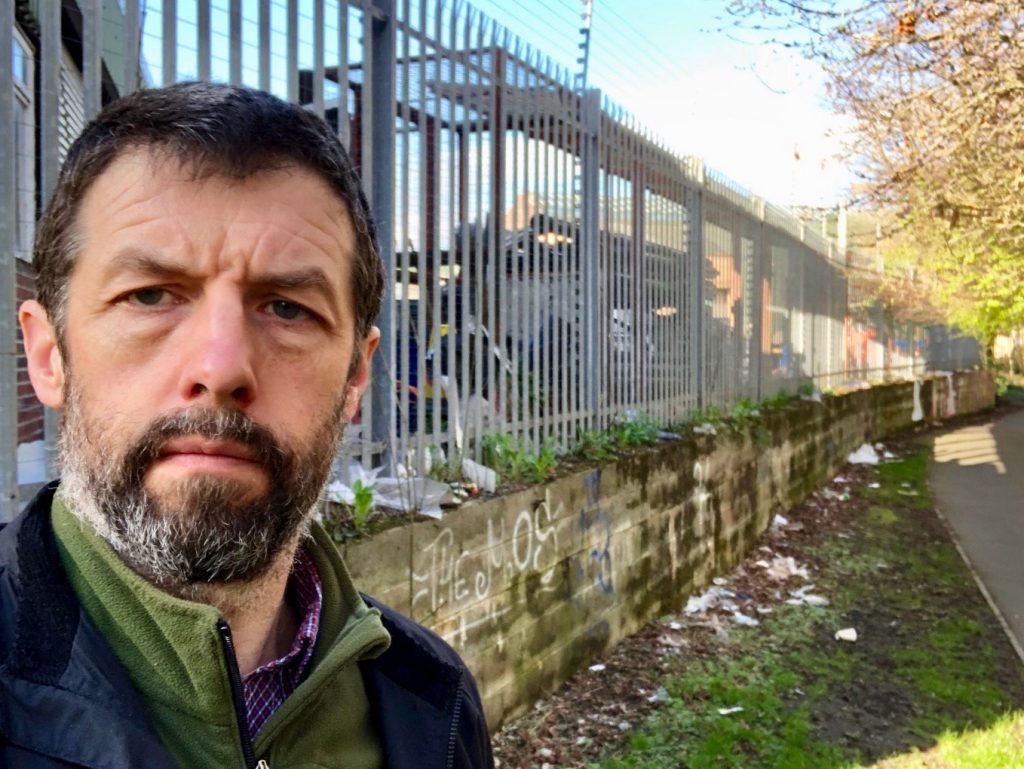 Here’s a wee story from the local election campaign trail.

I have two routes to school with the kids – along the road or along the river. The latter is lovely, except the Victorians decided to culvert the Ouseburn a few hundred yards downstream of my house and you have to climb a steep bank to rejoin the road. This bank was often covered in plastic litter and I made a habit of collecting a handful each morning to stop it blowing down into the river.

I started noticing that a huge amount of the litter wasn’t your average crisp-packet and Maccy-D’s drinks cups, but wrappers for protective gloves and paving slabs. My interest was piqued, so I traced the problem back to the source – the Council depot which straddles the culvert. I could see the plastic blown up against the inside of the fence and spilling out.

As the Council had just launched an anti-litter campaign aimed at Joe/Jo Public, I wrote to the senior manager involved and pointed out the hypocrisy. Remarkably, the depot suddenly fixed its waste management problem almost instantly and litter picked the surrounding area. Even more remarkably, the river valley has stayed clean ever since – the vast majority of the litter must have been coming from the depot.

The point I’m trying to make is that we often launch ourselves into solving what we assume to be the problem before checking the facts. I’m a big proponent of using the 80:20 Rule in Sustainability and this was a case in point – most of our local litter was coming from a single source and was easily fixed. But until I asked the question, nobody noticed what was happening. Targeted interventions like this can have a much bigger impact than vague generic ones.