The Future of Transport?

The Future of Transport? 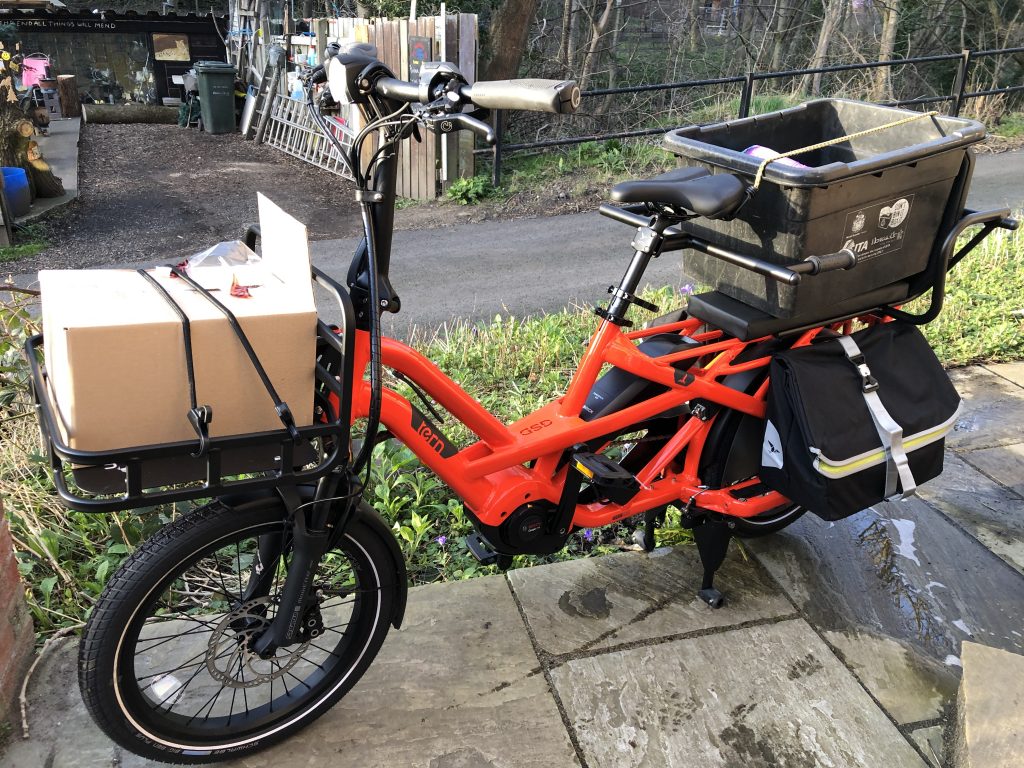 Last week I finally got hold of my new mode of transport – a Tern GSD cargobike. It’s the same length as a normal bike, but can fit two people and/or a huge amount of stuff. The pedal-assist electric motor means that it will take these loads up hills no sweat (literally – even after a tough 45-mile ride on a normal bike, I was perspiration-free on this after a 14% slope). It’s like you always have a tailwind.

This is definitely a big piece in my future transport jigsaw. About 7 years ago, I bought a 7-seater diesel Ford S-Max. Our three kids were still of child/booster seat age so we needed the width across the back seats, we occasionally had a grandparent/extra kid to transport, and it was very useful if you needed to take something to the civic amenity site.

But as the kids have grown, our weekly patterns have changed. I realised I was only driving twice on the average week, both taking the youngest child to football training/matches. Shifting 2 tonnes of car to move two people a couple of miles just seemed wrong and I hated squeezing my big car in and out of carparks not designed for the MPV/SUVs that dominate. And should someone who spends their entire life encouraging others to go green not be making more of an effort?

But this low level of mileage wouldn’t justify switching to an EV on either economic or carbon terms – and the waiting list for EVs is four times as long as the three month wait I had for the cargobike. So for 10-15% of the cost of an EV (the GSD ain’t cheap, but, relative to an EV, it’s a snip), I can cover the vast majority of my transport needs.

So will we get rid of the S-Max? The end date is now under serious discussion. We’ve a family holiday in the summer where we will want to take 5 bikes with us – that extra girth of an MPV comes in very handy – but after that, the cost of having a lump of metal and plastic sit outside the front door will probably be too much and we will get rid. We’re planning to join a car club for family outings which will tick off much of the remainder need.

And this illustrates my main point – to achieve Sustainability, we will have to reconsider what we do and how we do it, not just slot in green tech in a like-for-like swap. It will take time for the supporting environment to catch up – car clubs aren’t very numerous yet, hiring a car for holidays we can put five bikes on will be a challenge and some cycle infrastructure isn’t cargo-bike friendly. But as I potter about on my tabasco red mean machine, I’ll be making a statement about the future – and enjoying the freedom the GSD gives me.