The Stumbling & Humbling of Elon Musk

The Stumbling & Humbling of Elon Musk 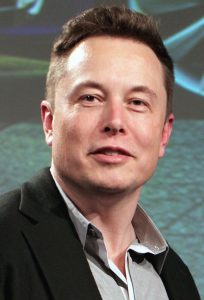 The electromagnetic pioneer Nikola Tesla gave us the AC motor, radio, robots, x-ray photographs and much more. However, he was clearly bonkers with bizarre aversions to hair and ladies’ earrings, and some really outlandish behavioural problems.

Fast forward a hundred years or so and the man who named his breakthrough electric car after Tesla has been (temporarily) forced out of his role as Chairman of the company and hit with a $20m fine for some ill-advised tweeting on taking Tesla private. He just about held on as CEO after a compromise with the Securities and Exchange Commission (SEC).

This comes after a summer where he accused, without evidence, a cave diver of being a paedophile for the sin of refusing to use Musk’s custom built submarine to rescue children from a flooded Thai cave. Classy.

The problem is, we desperately need sustainability avatars and heroes. We need pioneers who break the mould and show a different way is possible. Let’s take one example: Musk allows his competitors to use Tesla’s patented technology royalty-free because it would bring unit costs down for everybody and currently EVs’ main competition is the internal combustion engine, not other EVs. Genius, out of the box thinking which will accelerate the uptake of EVs faster than traditional innovation mindsets.

So why would someone so visionary do such unnecessary and stupid things? This is the man who did more than anyone since Tesla to revolutionise personal transport. And now his name will be forever tainted because of a couple of tweets which should never have left his Drafts folder. Maybe, as with Tesla, the mad inventor mindset splits both ways, with the yin of creation balanced by the yang of self-destruction.

Whatever, it is a sad saga when clean technology needs more Tesla-style breakthroughs, not the distracting nonsense we have seen recently from Mr Musk.