The Year of Sustainability starts to build momentum

The Year of Sustainability starts to build momentum 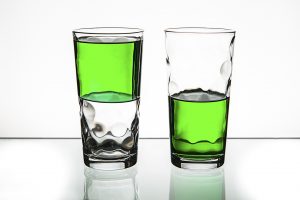 Well, it’s been quite a year here at Terra Infirma Towers already, and we’re only just into February. You may have noticed that my usual 3-4 blogs a week has slowed to 1-2 as Mrs K and I try and juggle full-on work schedules with homeschooling the kids. The teaching is definitely easier this lockdown as both schools have had time to get online learning up and running properly with much more interaction than before, but we don’t want them staring at screens all day, so we’re still having to swot up on plenty of kitchen table science experiments (I made a paperclip float!) and other offline activities.

Business-wise, my apocalyptic fears of last March were entirely misplaced, with almost every aspect of the business going full gas. I have just had one sizeable project come to an end, another will more or less finish in a practical sense later today, and I’ve just been informed a big exciting new project will start tomorrow. I don’t say this to brag (well, maybe just a little bit…), but as a practical indicator that Sustainability, far from fading in the face of the pandemic, is booming.

Back in 2008/9, I was appointed to a panel to look at how the economy of the North East of England could recover from the banking crash. My fellow panelists and I sat and listened to a parade of the great and the good coming to tell us we should use the disruption as an opportunity to build a better economy, but, under questioning, nobody seemed to be able to tell us how that was going to happen. Frankly, outside the City, the economy of 2012, say, didn’t look much different from the economy of 2007 and embracing Sustainability remained the domain of just a few pioneering corporations.

This year smells different to me – I just get the feeling a collective penny has dropped across the political and business worlds. As a political geek, I watch Prime Minister’s Questions almost every week (I like to tweet the Sustainability bits). Every week, at least one Tory backbencher stands up and asks the PM whether “he agrees with me that [Sustainability project X] in [my constituency] shows that we can ‘build back better’?” The Tory backbenches used to be a festering pit of climate change denial, and the Prime Minister himself was writing climate-sceptic columns for the Telegraph as recently as 2012, so this screeching u-turn in attitude should not be underestimated – and it means that a good 80+% of parliamentarians now get it.

Across the pond, Joe Biden has exceeded my expectations with his raft of climate action announcements. When he said he would rejoin the Paris Agreement on Day 1, I allowed for a bit of poetic licence, but he meant it, signing the executive order on the afternoon of his inauguration, quickly followed by many more announcements which leave no doubt he is serious about this agenda.

And then there’s all the small practical changes. Most local authorities now collect all plastic pots, tubs and trays except for black ones which cannot easily be sorted by optical sensors. Have you noticed that the major supermarkets have quietly switched to grey or brown plastic instead? All of a sudden our recycling bin is overflowing every week while our residual waste bin is rarely more than half full.

Anyway, I could go on and on. We may have a long way to go, but we are on a roll. So, let’s make it happen in 2021 – changes now are worth double those in ten years time.