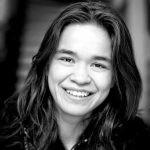 There was a very interesting segment on this week’s Guardian Politics podcast where the two challengers for the leadership of the Green Party went head to head. Being a member of the Green Party must be very frustrating of late as, despite the fact that their core policy pitch is almost daily news, they seem stuck with just one MP in the House of Commons. OK, that one MP is the very well respected Caroline Lucas MP, who punches way above her weight, but they do seem stuck. Joint leaders Jonathan Bartley and Sian Berry have always struck me as good communicators who know their stuff, but as they have failed to make much progress, I’m not surprised they are being challenged.

And what a contrast the challengers are.

Shahrar Ali is a long time member who came across as extremely passionate about the climate crisis. Too passionate in my view as I felt like I was being harangued even though I’m passionate about the climate crisis too. His arguments made me feel like I wasn’t good enough, but in a dispiriting way: a failure. This, in my view, is the problem the Green Party suffers from in general – passion and commitment to the cause are often seen as an end in themselves, and they end up howling into a green echo chamber as a result as the rest of the world passes them by.

Newcomer Rosi Sexton is a completely different kettle of fish. With a remarkable CV that includes a PhD and competing in Mixed Martial Arts at the very highest level, she combines brains, brawn and that calm self confidence that inspires the confidence of others. Maybe unsurprisingly given her martial arts background, she seemed to instinctively grasp my Green Jujitsu approach to engaging others in Sustainability. Instead of hectoring people to change, she proposed going and meeting them on their terms to help them understand what the climate crisis means to them. Reaching out, as opposed to shouting at.

Without reaching out to people who ‘don’t get it’, the Green Party are unlikely to go anywhere fast. The Green core vote is just two small to rely on, particularly under the UK’s unfair first past the post electoral system. Even if the Party doesn’t elect Ms Sexton leader, they should listen very carefully to her.