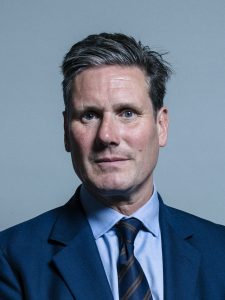 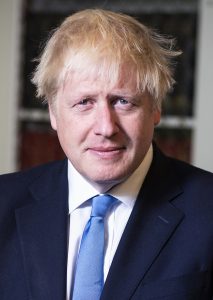 Being a political nerd, I watch all the major UK party conference speeches to gauge the level and diversity of Sustainability thinking at the top level of British politics. Here’s my summary for the 2021 season:

First up was the Liberal Democrat Leader, Ed Davey (left), who once served as energy and climate change secretary, speaking to a very small live audience as the rest of the Lib Dem conference was online. He lauded the Liberals as the first political party in the UK to warn of environmental threats, urged more and faster action, then revealed his headline policy: to move trillions of dollars of investment out of fossil fuels and into renewables, starting with a ban on new oil, gas and coal companies on the London Stock Exchange. I think it is fair to say that this pledge did not cut through in the media as much as Davey would’ve liked.

Labour’s Leader Keir Starmer (middle) faced the opposite problem to Davey, with more in the conference hall than he may have liked, particularly those keen to loudly express their support for his predecessor, the socialist Jeremy Corbyn. Starmer pledged a ‘Green New Deal’ including a Climate Investment Pledge which referenced Shadow Chancellor of the Exchequer Rachel Reeves’s pledge to commit an additional £28 billion of green capital investment per annum for a decade. This in itself could spark a further row with the Corbynistas as their idea of a Green New Deal includes nationalisation of the energy sector (and lots of other left-leaning policy measures), whereas Starmer’s is focussed on the environment. The other big climate pledge from Starmer’s speech was to retrofit every home in the UK in a decade.

Last in the conference sequence was Prime Minister Boris Johnson (right), who delivered something more akin to a well-lubricated after dinner speech than a sober party conference address (although the PM’s pre-speech tipple was said to be a terrifying cocktail of caffeine and sugar rather than anything intoxicating). Johnson must be the first party leader to have a substantial focus on ‘rewilding’, although it was not clear whether this was a solid policy commitment or merely a set up for his joke with the punchline “build back beaver”, the most cringeworthy of a number of puns on the conference slogan ‘Build Back Better’. On climate change, there were no new pledges, but an interesting framing of renewable energy in terms of energy security, with a reference to ending a reliance on fossil fuels from overseas. Looking down the conference agenda, it was notable that Chancellor Rishi Sunak’s conference speech contained nothing at all on climate – in stark contrast to Rachel Reeves who stated she wanted to be the first green Chancellor.

It is said that a series of pre-COP26 Government green announcements were due this weekend, but were shelved out of respect to Tory MP Sir David Amess who was brutally murdered on Friday, so the PM may have been keeping his powder dry at conference (the speech was generally policy-free, not just on climate). We shall have to wait and see whether anything of substance emerges in due course.

Full disclosure: I’m a member of the Liberal Democrats and an elected Councillor.