Why delivering Sustainability is hard

Why delivering Sustainability is hard 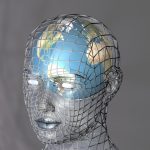 Following the recent turbulence in the White House, we’ve been rewatching The West Wing of an evening – a nice undemanding watch to wind down after a mad day balancing homeschooling with busy work agendas. In last night’s episode, the President’s aides were each allocated a pressure group to listen to. CJ Cregg got ‘Cartographers for Social Equality’ who gave her a lecture on why we should use the Peters’ Projection for the world map, rather than Mercator which was designed to put Germany front and central. The Mercator Projection diminishes other countries of the world quite literally by presenting them as much smaller than they are in reality.

So far so educational, but at the end, the Cartographers lobbied to flip the whole map upside down so South was at the top. This would even up our perspective of the world, they explained, but, despite knowing all about the Mercator/Peters thing, I found  that suddenly seeing the map ‘upside down’ was a real jolt. We are so used to seeing ‘North’ as ‘Up’, it was really discombobulating. Of course, from a planetary point of view, there’s absolutely no reason why South shouldn’t be ‘up’, but smashing decades of familiarity made me feel surprisingly nauseous.

And that got me thinking. If turning a map through 180° was so discomforting, then what about the messages we give people on Sustainability: that they should stop driving, stop flying, stop eating meat and so on. “You must change, NOW!” we shout. No wonder the siren voices of the climate denial movement are so seductive, telling us that this is just reheated communism trying to enslave us, and we should just stick to doing what we have always done. Cling to the familiar, reject the new.

Overcoming such mental inertia is the key to any change, not just Sustainability, and it is why I say the biggest barrier to Sustainability is just 6 inches wide, the space between our ears. And the challenge is, how to we effect massive change without freaking everybody out?

Within organisations, I do this by not telling people they must change. Instead, I ask them how they should change. This is the equivalent of them turning the world map upside down themselves. There is no shock to recoil from, just intrigue at the new perspective. Once people are intrigued by a Sustainable future, you’re halfway to getting them to embrace it.