Why only green capitalism can save the planet

Why only green capitalism can save the planet 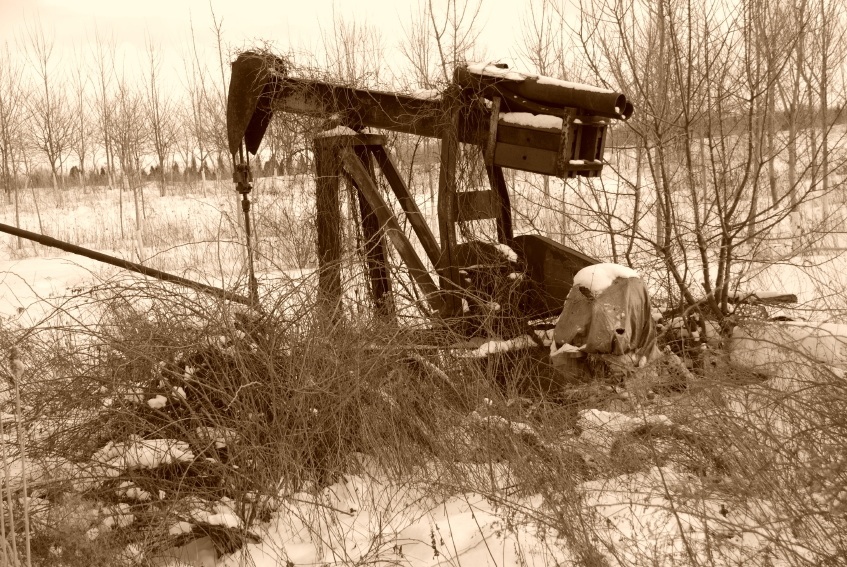 One of the great pervading myths of the climate debate is that climate change is being driven solely by global capitalism/consumerism/neoliberalism and that only some form of socialism can stop it. Certainly the left are more receptive to listening to the scientific message, whereas free market think tanks are often crucibles of climate change denial and associated misinformation, seeing the climate movement as looming socialism in disguise.

Maybe its because I’m a proud centrist, or maybe because I got inspired to dedicate my life to Sustainability after witnessing Soviet-era environmental destruction in Eastern Europe and Russia, but I’ve never bought into the ‘socialism is green’ meme. The acid-rain desolation I saw in Russia had improved since the USSR collapsed and the free market, free(-ish) press and (some) democracy were introduced. The Extinction Rebellion protests we are seeing in London would be very unlikely to be permitted in a socialist state (see the current situation in Hong Kong for evidence).

The Guardian’s big splash this week is that 20 fossil fuel companies are responsible for a third of all carbon emissions. But it is very noticeable that 60% of those polluters (and higher percentages of their emissions and reserves) are state-owned, not ‘evil capitalist corporations’ (see below). And of course, the atmosphere doesn’t care whether tonne of CO2 is emitted from a nationalised or a privatised industry – it’s a tonne of CO2. 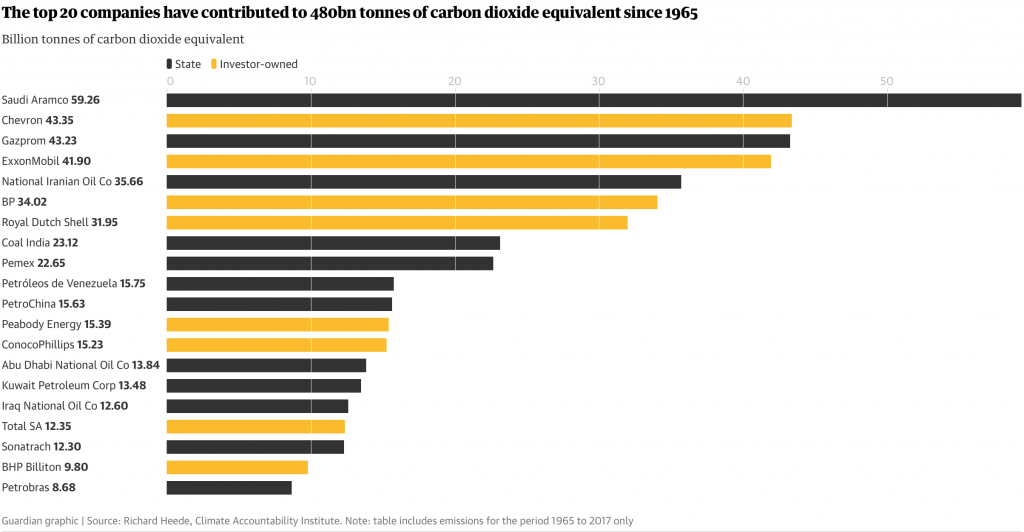 I’m no turbo capitalist, but the Darwinian nature of markets allows one technology to be easily substituted by an alternative. So digital photography did for Kodak (who invented it) and other photographic film producers, and then smartphones did for the compact digital camera. Here in the UK we have seen coal power die off and renewables surge in the space of a decade with just a little bit of Government intervention to level the playing field. As renewables have surged, prices have plummeted, they become more economically attractive and we get a virtuous circle – classic free market behaviour.

The problem with states with such as Saudi Arabia, Iran or Venezuela is they are so dependent on petrodollars from their state-owned oil companies to fund their social structures, they’re not going to give that up easily. Where would the House of Saud be without selling oil? Venezuela, once heralded by the European left as a socialist paradise, is already on the brink of collapse – with their entire social programme predicated on oil sales, will they really turn off the taps? The only way these states will stop producing oil is if the international communities stop buying it (we could see societal meltdown in the process). If I ran one of the currently climate-change-denying neoliberal think tanks, I’d be flipping into eco-warrior mode to try and smash these state-run monopolies around the world and open them up to the free market.

Presently the subsidies for fossil fuels outweigh the subsidies for renewables by a factor of almost 4:1. Why are supposedly capitalist countries subsidising mature industries to that degree? It suggests the fossil fuel industry is on life-support, kept alive by Government largesse. Level up the playing field, the fossil fuel fossils will die off and an incredible green technology boom will be unleashed to fill the demand. That demand will improve supply, slash costs and drive innovation.

It may be a hard pill for many in the green movement to swallow, but capitalism is our only path to a sustainable future.