Why we will never win the argument on climate change

Why we will never win the argument on climate change

Sometimes a diagram sums up a whole load of messy thoughts and when I saw the graph below on what will inevitably happen when we get to grips with Covid-19 (drawn by Ethan Lee), I thought “that’s exactly what I was thinking, but expressed much more clearly than I ever could!” 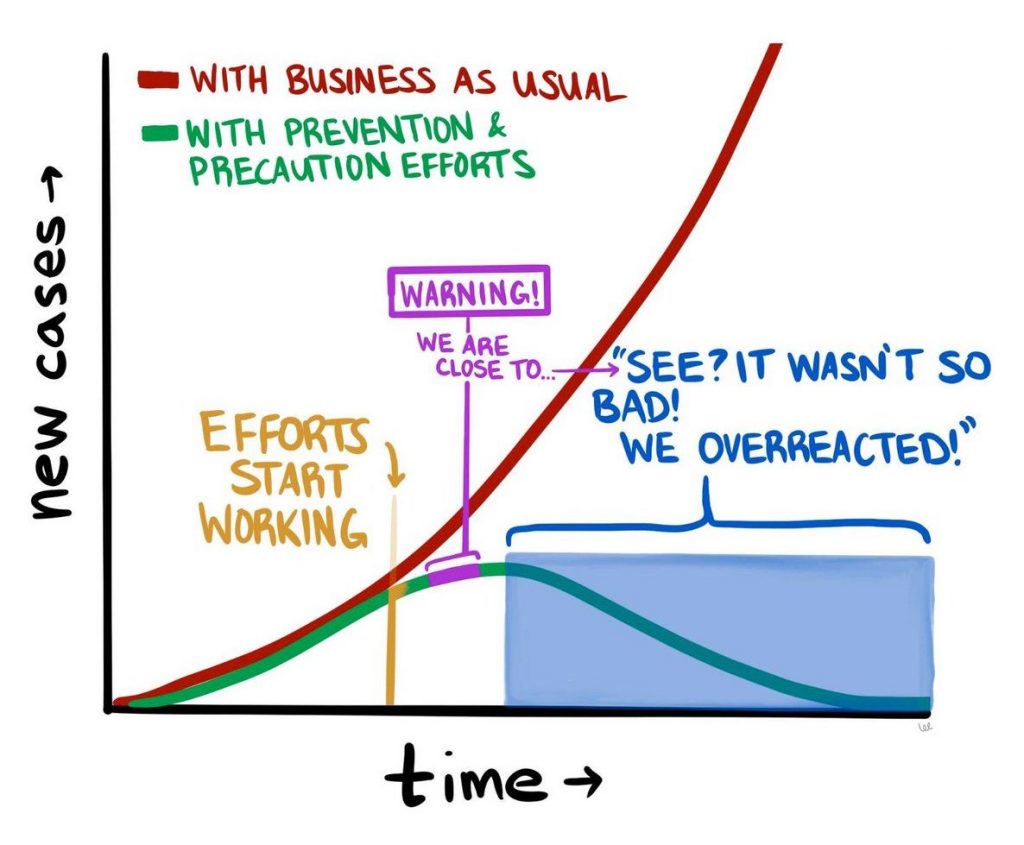 This thinking is all too common in the climate-sceptic camp. I once saw ‘lukewarmer’/overseer of a major banking disaster Matt Ridley present a list of “Past Green Scares” which included acid rain, the hole in the ozone layer and, bizarrely, the millennium bug. His implication was that, as these ‘never happened’, we should ignore those calling for rapid reductions in carbon emissions. Of course, as I told him (pointlessly), the reason why the full potential impacts of these looming problems never occurred was because of massive international action such as the Montreal Protocol, which banned many ozone depleting substances, and the US cap and trade scheme for sulphur emissions.

As Ridley has claimed that pandemics are one area where he believes massive international action is justified, I wonder who is going to be first to make the ‘over-reacted’ argument. Most commentators who played down the risks of Covid-19 in the early days of the pandemic have crawled back into their holes, but I’m sure they’ll be back.

As usual, my advice on dealing with such arguments as a case for not taking action on carbon is to avoid them altogether – the anti-environmental movement doesn’t care about winning an argument so much as bogging down the implementation of solutions, so don’t play their game. And the one thing that we really, really must avoid is the mindset of wishing for temperatures to keep rising to prove the nay-sayers wrong. We’re just going to have to accept that, if we beat climate change, some people will never be convinced there was a problem in the first place.