Will Joe Biden save the planet?

Will Joe Biden save the planet? 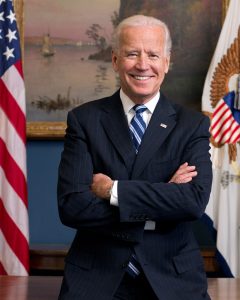 Well, it’s the week after the week before. I haven’t quite recovered from US-election-fever, still waking at 3am wondering how the vote is going in Pennsylvania – maybe I won’t relax until the intransigent incumbent finally gives up to the inevitable. But, personal politics aside, the big question for this blog is ‘will Joe Biden step up to the plate on the environment?’

I’m finding very little evidence that he won’t, in principle at least. Climate change in general, rejoining the Paris Agreement and a green energy financial stimulus in particular, were front and central to Biden’s election pitch. A little bit of googling uncovers that Biden introduced the first ever climate bill to the Senate – in 1986, a full six years before climate change came to my attention (via the 1992 Earth Summit). There is some criticism over the lack of movement and the expansion of shale gas extraction when Biden was VP to Barack Obama, but as with much of Obama’s agenda, things got bogged down due to a uncooperative Congress – and they still signed the Paris Agreement and launched the Clean Power Plan.

The criticism comes from the left of the Democratic Party, a group whose ‘Green New Deal’ mashed environmentalism and economic socialism together – and thus handed Mr Trump a big stick to batter Biden with and tap into the deep fears of many blue collar US voters. As I have remarked here several times, there is nothing intrinsically low carbon about socialism – when the Guardian published a list of the world’s greatest polluters, 12 out of 20 were state-owned, with, to pick one very telling example, Petróleos de Venezuela at no 7 on the list. Fundamentally, the atmosphere doesn’t care whether a tonne of carbon dioxide is emitted by a nationalised industry or a private sector one; physics will always trump ideology.

But with the Senate likely to remain split, and climate denial still seen as an article of faith by many on the Republican side, Biden has a real challenge on his hands. I don’t think the US has the same convention as we have here in the UK that the Opposition shouldn’t block the implementation of an incoming Government’s election manifesto, so we could be pitched back into the arena of messy compromises as we saw under the Obama regime.

If the domestic agenda isn’t clear, I’m more excited about the international dimension. With the US, EU (plus UK) and China (and to a lesser extent, India) all signed up to swingeing carbon cuts, and the fear of being undercut by short term US nationalism fading, we could see some real momentum injected into the battle against climate change. More investment and demand for clean technology will drive down prices for all, so we will hopefully see a snowballing of progress that could make low carbon the global policy of choice on economic grounds alone, including in the US.

I live in hope!