Will this really be the greenest election ever?

Will this really be the greenest election ever? 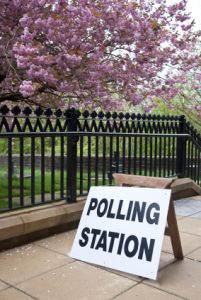 Lots of green-leaning people have got excited by an Ipsos-Mori poll saying that over half of the UK’s population will consider climate change when making their vote. Me, I’m not so sure.

Confirmation bias – seeing only the evidence you want to see and ignoring the rest – is a terrible inflater of false hopes. I probably overcompensate the other direction (I won my local election in May comfortably after telling my team in the pub just before the count that I thought I’d fallen just short). So here’s my (pessimistic) view as to why the election will come down to the usual factors.

So my conclusion is that Sustainability is still a second tier issue for the public at large when it comes to voting, or anything else. But fear not, you really don’t have to turn everybody into a tree-hugger to save the planet. You only have to get them to make low carbon choices.

Yes, I know that ‘only’ is loaded, but what I mean is we don’t need to worry about motive. If we can persuade more people to cycle to work to improve their health, say, then that’s a climate win, even if they all happened to be climate change deniers. That’s why I developed Green Jujitsu as a concept – we should work with people on their territory, not ours.