Your position on climate change is illogical…

Your position on climate change is illogical… 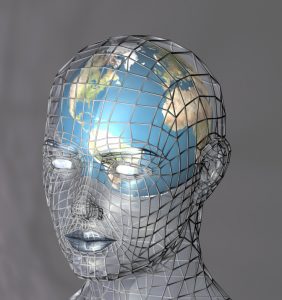 About the time the controversy over Joe Rogan’s anti-vat Spotify podcast blew up, a clip of Rogan interviewing Jordan Peterson was also circulating green circles. In it, Peterson argues he doesn’t trust climate models because “the climate is everything and you can’t model everything.” Now Peterson is not stupid – we was until recently a Professor of Clinical Psychology – but this is a really stupid argument, the logical conclusion of which is we should never believe any scientific conclusions about anything ever. How could an intelligent man say something so daft?

Well, Peterson is, in my view, of the reactionary right (he claims he’s a traditional liberal, but his, er, provocative views on masculinity suggest otherwise), and a tenet of that political culture is climate scepticism. And as any psychologist (possibly with one exception!) will tell you, we tend to hove to our cultural norms on an emotional basis, and then the rational parts of our brain try to persuade us there is a logical reason for believing what we believe.

So, when I saw this piece about demolishing apathy on the Guardian online, I immediately winced. Having a riposte to the common forms of climate myth will not do you much good if the person you are debating with has signed up emotionally to climate scepticism. Mere logic is very unlikely to win them over – they’ve invested far too much for that.

Emotional engagement is far more difficult than reciting the science, but when it works it is incredibly powerful. Without the harrowing vision of a future bereft of birdsong, Rachel Carson’s Silent Spring would have been just another environmental science book. The famous ‘seahorse with a cotton bud’ photo would not have had the same impact if it wasn’t a stunning photo. Likewise, the Daily Mail journalist who abandoned climate scepticism when he saw pack ice melting in the Arctic showed that personal experience trumps scientific evidence every day of the week (it could have been seasonal melt that he saw).

Those examples are real ‘tug on the heartstrings’ efforts, but we don’t need to go to those lengths to get people on board. I’ve made a career out of getting people to sell Sustainability to themselves (by asking them) and developing their own climate solutions. If you want to persuade someone of the need for better cycle infrastructure, take them for a bike ride, if you can. Lending employees an electric car will reduce ‘range anxiety’ etc, etc.

Fundamentally, why any of us believe or do anything is, more often than not, down to an emotional decision, not a logical one. If we don’t accept that as the fundamental underpinning of our engagement, we are condemned to our arguments falling on deaf ears for ever.