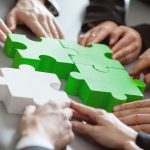 One thing, amongst many others, that bugs me about the green movement, is its determination to stay firmly inside its comfort zone of a liberal-left echo chamber. On my social media I see endless retweets of articles by George Monbiot or Greta Thunberg, but rarely any objective analysis of the huge space outside that bubble. And I mean something more substantial than ‘there be evil neoliberal dragons’.

Personally, I don’t like Boris Johnson and I think his ascent to the top role in British politics has exposed his numerous personal shortcomings, but what he says on climate change is an order of magnitude more important than green commentators. Why? a. we already know and (broadly) agree with what George and Greta think, b. because Johnson has his hands on the levers of power, and c. he represents a segment of the political spectrum that used to be sceptical of the threat of climate change (cf Johnson’s own notorious “I see snow outside my window…” article from 2012) but which now has at least one foot inside the tent.

And c. is crucial to change. Once we add together the left, the centre and a sizeable chunk of the right of politics, then we have a critical political mass, which makes things very exciting indeed. Johnson’s predecessor Theresa May’s tenure may go down in political history as a dismal failure, but that ‘Net Zero by 2050’ pledge broke the mould of political ambition around the world, creating a new normal of political discourse and leading other major nations and the EU to follow suit. It doesn’t matter whether it came from inside your political tribe or not, net zero is objectively a very good thing indeed and should get the credit it deserves. Johnson’s upping of the ante ahead of COP26 is another step to be welcomed.

Now, just like any Government of any political persuasion, we have to hold their feet to the fire and make sure they deliver on those pledges. Objectively – praise where praise is due, criticism where they fall short. After all, the atmosphere has no concept of left or right.