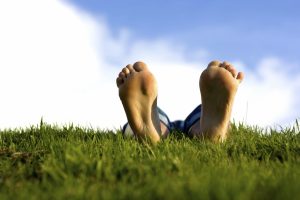 For the first time in what feels like months, I can take a step back and look at the bigger picture – where the business is, where I want it to be and do some of the longer term things I should really be doing. Most days recently I haven’t even had to write a to do list – it’s been ‘all day Tuesday on Project X, followed by Project Y Wednesday then Project Z Thursday’. Funnily enough, I’ve still got plenty to do this week, it just feels nice not being flat out.

As I’ve said before, I’m not alone in facing such a surge in demand – most of my peer group are really busy too. This is a good sign – ever since I set up the business I’ve been plagued by tyre-kickers – potential clients who think they should do something but baulk at signing the cheque. A cheque being signed is the first sign of commitment, quite literally organisations are putting their money where their mouth is. The second sign is what target they want to set and, more often than not, net zero is on the agenda.

It amuses/annoys me that the latest volley from the green purists is that net zero is greenwash on the grounds it can in theory be achieved by purchasing carbon credits to cover business as usual. I can assure you that none of the businesses asking me for a net zero strategy have ever even suggested this approach – they genuinely want to drive down emissions to as close to zero as possible before even considering offsetting. Of course there will be a few shysters out there playing the system, but a couple of anecdotal examples do not add up to a universal verdict. If anything, I’m finding some very committed environmentalists getting nervous in the face of impending success as their employer suddenly starts planning to do what they’ve been pleading for for years.

Net zero is a very powerful goal from a psychological point of view. Like zero waste before it, it changes the way we think about the problem, breaking away from incremental thinking and forcing us to confront the elephant in the room, moving away from ‘less bad’ solutions to ‘good’ solutions. Putting in a slightly more efficient gas boiler looks as pointless as it is under the net zero paradigm; we either need a source of sustainable gas or a whole new heating technology. When you combine a transformational goal like net zero with a creative approach such as backcasting to produce a Sustainability Strategy, stuff really starts to happen.

Because we live in a real world, there will never be a perfect solution, and net zero acknowledges that while driving people as close to perfection as pragmatic. Those sitting sniping from the sidelines would be better individually targeting the cheats to keep net zero clean, rather than trying to undermine what is almost certainly the only pragmatic path to success.