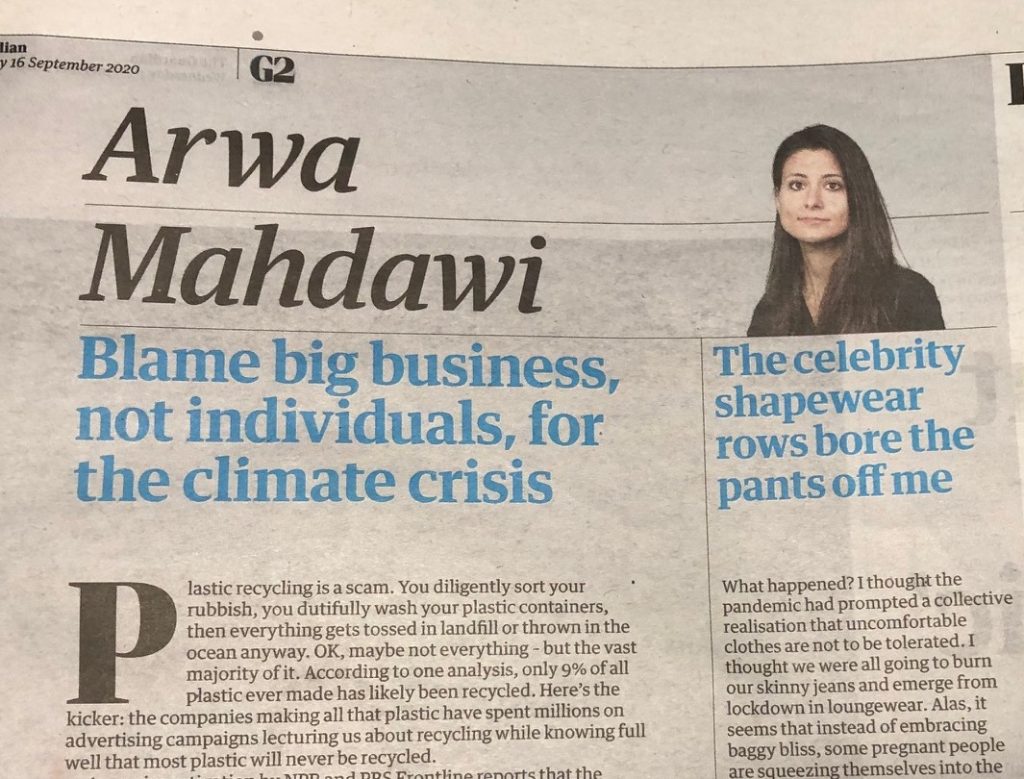 Oh dear. Nothing like a journalist who doesn’t understand statistics– or deliberately misunderstands them in search of a cheap headline. Arwa Mahdawi, writing in today’s Guardian, takes the statistic that only 9% of all plastic ever produced has been recycled and concludes that all the sorting and cleaning we do as householders is just a scam by big business to make us feel better about using plastic.

In case you missed the critical words in there, I’ll repeat them “all plastic ever produced”.

We’ve been producing plastics at scale for many decades, yet only collecting and recycling a few types in the last few decades, so my immediate reaction to the 9% figure was “wow, that much?” Certainly Madhawi’s leap of logic that 91% of what householders sort at the kerbside today is chucked away is laughable bunkum. Let’s look at some more relevant stats.

The figure for global plastics recycling in 2015 is 20% and rising (a simple extrapolation would suggest 2020 rates sit closer to 25%). Given that recycling plastic only started in earnest in the last 15-20 years and has mainly focussed on just two of the seven commonly used plastics – PET and HDPE, representing less than 30% of plastics production – until very recently, I find that incredibly encouraging. Personally, I’ve only been able to recycle other plastics via kerbside collection since March this year, so my tubs and trays don’t contribute to the stats above – and they make a hell of a difference to the balance between my recycling bin and my residual bin. New legislation, new technology and corporate initiatives like Coca-Cola’s new 100% recycled bottles creating demand, will almost certainly see this rate accelerate rapidly to a much higher level.

It’s not my inner pedant that is offended by such shoddy journalism (OK, it is a bit), but the message this nonsense gives out to Guardian readers – one of the demographics most likely to assiduously recycle – is incredibly irresponsible. Recycling is one of the few ways we can engage everybody in Sustainability, so maintaining confidence that the effort is worthwhile is vitally important. So, ignore those who try to hijack the environmental movement for political ends, and keep up the good work folks!